Symantec pcAnywhere is the single bestselling remote computer access software available today. This software, like most types of remote access software, allows a user to remotely access and control another computer over the internet. With multiple licenses, a user can even install the client and host on the same computer, so that one can control and transfer files between various computers. 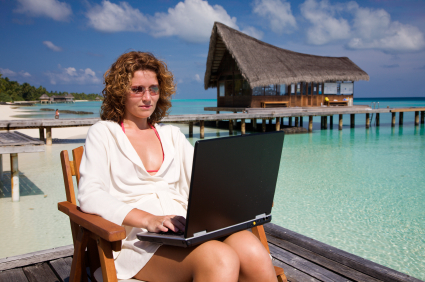 Symantec pcAnywhere is the oldest of all types of similar remote access software. Now 20 years old, it is still the best-selling option. It is said to have the best UI for people who are unfamiliar with computers, as well as an extremely in-depth UI for more advanced users who need this form of detail. This software can even replace help-center remote control software, as users who need support can install a thin client that allows one-way support.

Symantec pcAnywhere is an excellent option for those who are looking for robust remote computer access and control software.

What are the features of pcAnywhere and what are weaknesses?

Clients for all operating systems

That last is perhaps the largest weakness of this software. pcAnywhere consumers report needing a huge amount of bandwidth. It may be a result of the strong encryption, but the compression algorithm that is used on this software is very weak, and for people who do not have a very fast internet connection, using pcAnywhere could prove to be very slow and problematic.

What is the cost of pcAnywhere relative to other such options and where can I buy it?

A single license of pcAnywhere is $200. This allows a single machine based on a recent Windows operating system to control an unlimited number of other machines with the client on them. This is not a subscription service, so no renewal is ever needed. The only future costs of this software are related to upgrades, which currently cost $100.

Symantec typically offers security patches for a single version of the software for five years after its release, so upgrading immediately is not necessary. There is a trial version of pcAnywhere with severely limited features, but it is so limited that it really does not give the feel for what the software can really do.

pcAnywhere is still, after 20 years, likely the best remote access software right now. With an intuitive yet in-depth UI, and an unlimited number of parallel connections, pcAnywhere remains the bestselling software for a very good reason. pcAnywhere is highly recommended for the purpose of remotely controlling a computer.